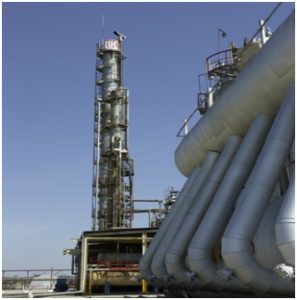 Process technology description
Vinylchloride production comprises of units for crude EDC production by means of direct ethylene chlorination and oxidative ethylene chlorination where hydrogen chloride obtained at pyrolysis is used in reactors with catalyst fluid bed.
In the system of rectifying columns crude EDC is dehydrated and cleaned from “light” and “heavy” organochloride impurities. Rectified EDC obtained is subjected to high-temperature pyrolysis after which vinylchloride is isolated on rectification stage and EDC-recycle and hydrogen chloride are returned to the process. The process consists of two process lines of direct and oxi-chlorination, four pyrolysis furnaces and one process line for EDC and vinylchloride rectification.
Product:.vinylchloride monomer is used as a feedstock in S-PVC production. 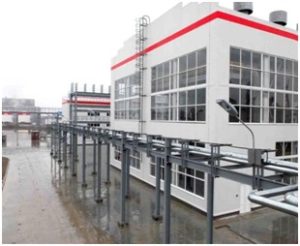