The equipment must be cleaned and flushed for proper operation

The equipment must be cleaned and flushed for proper operation 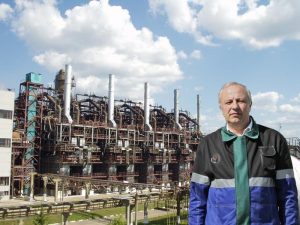 As the manager of ethylene and polyethylene production plants Ivan Fedoriv has noted, such preventive maintenance works were carried out for a second consecutive year before the preparation for work in the spring-summer period and confirmed to be effective. As from the last decade of March and until the shutdown for major overhaul, which has been previously scheduled for September, the equipment of the production plants will work at full capacities.

– This time, most of the scheduled works were performed by our repair department, – I. Fedoriv has noted. His employees were charged not only with the task of repairing the equipment, but also with the manufacturing of heat exchanging and other equipment. 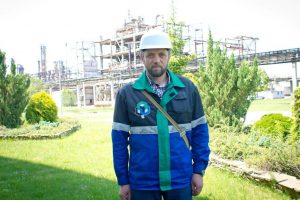 Whereas, Roman Sozanskyi, the manager of S-PVC and chlorine and caustic soda production plants, emphasized that although the volume of preventive maintenance works at their production plants were carried out slightly less than at ethylene and polyethylene production plants, but all of them were very important and responsible for the reliable operation of the equipment during the spring and summer period.

The largest part of the scheduled work was carried out at the suspension polychlorvinyl resin production plant. Within five days, we managed to clean the polymerization reactors and equipment at the degassing, recovery and drying units, in other words, the basic equipment, on which the stable operation of the production plant and the quality of the finished product depends.

In addition, during this short-term shut-down of production plants, petrochemists from the town of Kalush have cleaned and flushed 65 heat exchangers. The total length of pipes that have been cleaned and flushed is about 400 kilometers. Some of them, namely nearly 20 percent, were brought to a proper condition during the production mode.